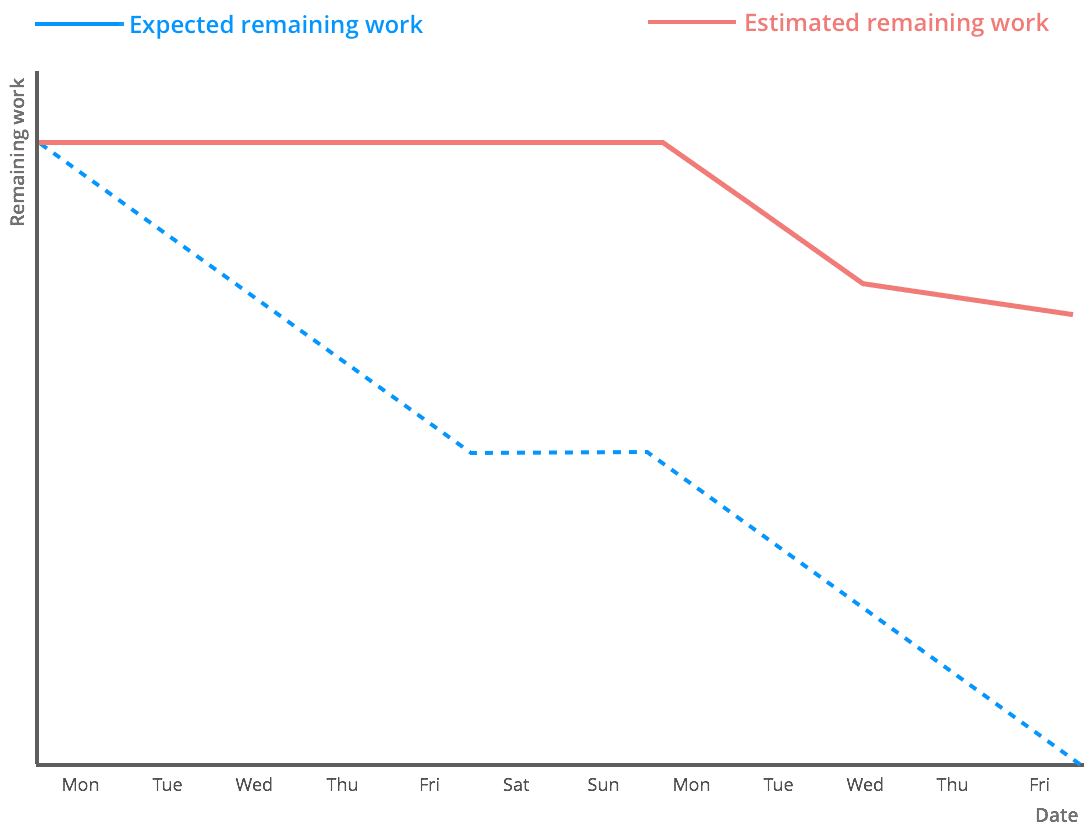 A method to improve an underperforming scrum team

Many teams suffer from leaving some unfinished user stories at the end of a Sprint. Why does it happen so often, even when the team has made a conservative commitment? Most often, the root cause of this problem is the fragmentation of our efforts into too many user stories. Applying Lean principles can help an underperforming Scrum Team to focus team efforts into fewer work items so they will start less and finish more at the end of the Sprint. Here we have some concepts that can greatly improve the ratio of successful Scrum Sprints.

One of the basic pillars of Lean is to identify value. Teams should be clear about when they have created value to their customers. This is what I call an achievement. User stories in agile development are great to use as units of achievements.

A user story represents an achievement that creates value for the customer. Most teams create value through a well defined work flow. In Scrum Mate, we represent this work flow on a user story board. 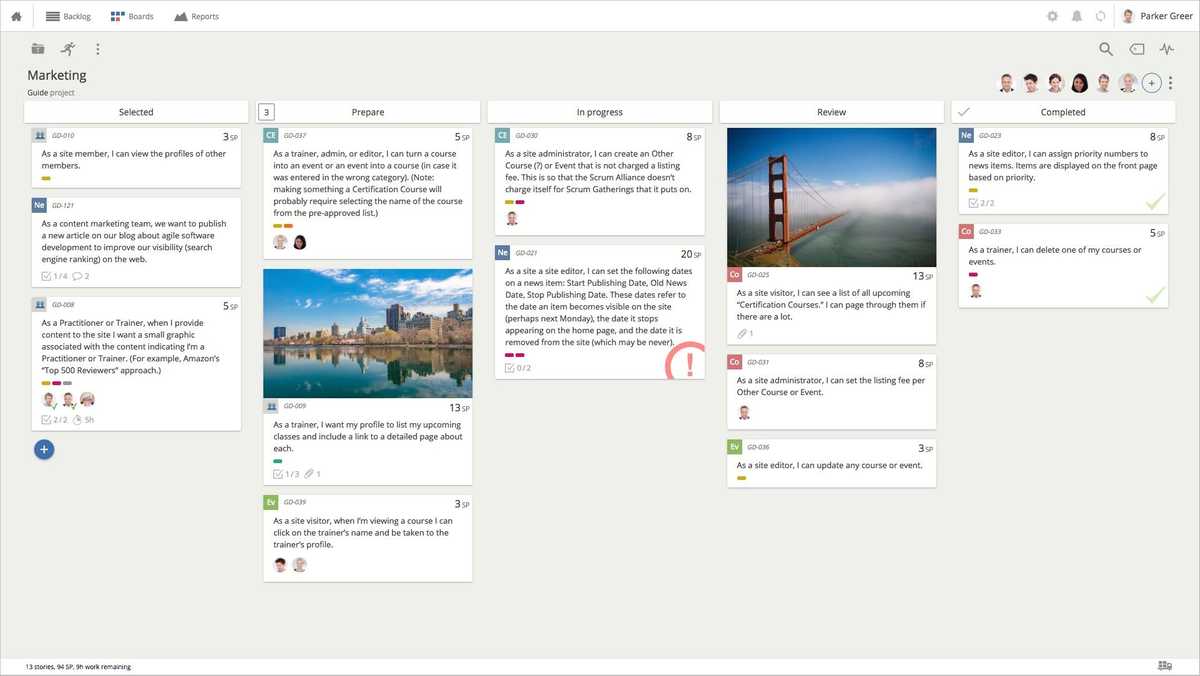 A task represents an activity

Scrum Mate makes a clear distinction between user stories and tasks. User stories are valuable achievements, delivered through a series of work flow steps. On the other hand, tasks are activities that need to get done in order to move a story forward on the board. While a user story is accomplished by the joint effort of the entire team, a task is often completed by a single person or a pair of team members. Whenever something needs to get done in order to push the user story forward on the board, the Team creates a task. Tasks help the Team define clear actions in an often uncertain process of delivering a user story. 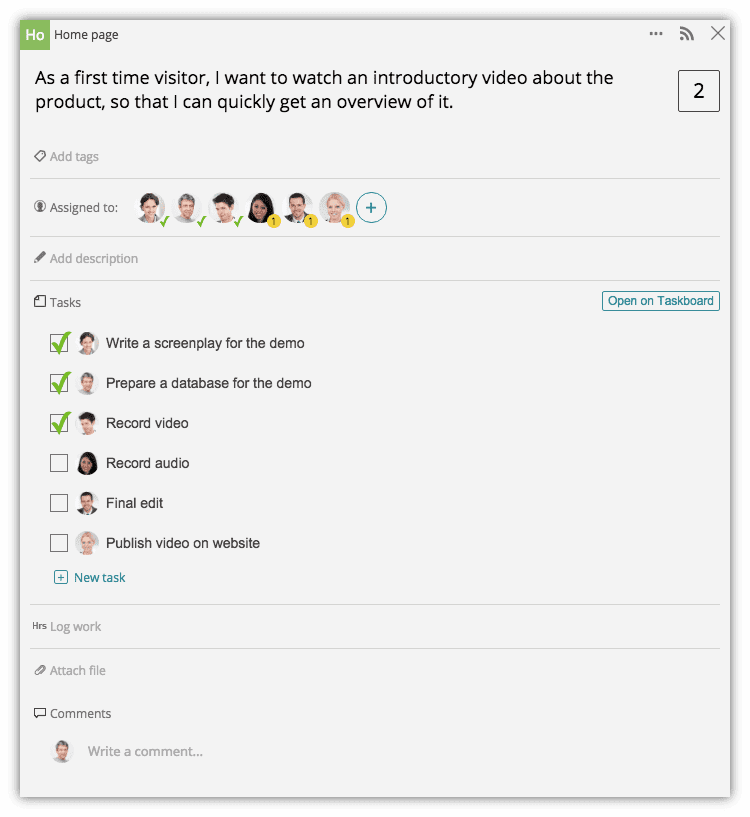 While user stories are known and selected in Sprint planning, tasks are often recognized during the Sprint on the fly, as the Team makes progress in understanding the problem they need to solve.

Story board for process, task board for activities

Complicating the task board further would cause unnecessary confusion. If the video in the example above can’t be published because there is a mistyping in the demo user story, then we need to perform new, unplanned activities like recording a certain part again and replacing the old screens with the new ones.

The most common obstacle to achieving a Sprint Goal is the great number of user stories in progress. This should be on a top of a Scrum Master’s list to check the root causes of an underperforming Scrum Team. In Lean Production it’s called inventory. From the moment we start working on a user story, we are producing an inventory of work until the story is delivered to the customer. The larger the inventory – e.g. the more user stories in progress – the slower the value creation process. This much work in progress can lead to a situation where at the end of the Sprint we have a lot of ”almost done” user stories but only a few ”completed”. Or even none of the user stories are completed…

We are producing the lowest amount of inventory if we are implementing a one-piece flow. In a one-piece flow there is exactly one user story in progress. It’s rarely possible in reality, but it’s a good goal to pursue. On the user story board we can clearly see the inventory of our process. It’s great practice to focus on the one-piece flow during daily scrum meetings. We can change the routine of the Daily Scrum Meeting by starting with the last uncompleted user story on the board and asking the question: what we need to do in order to move this story to the next column? Once we have identified the tasks, Team members can volunteer to complete them. You can read more about Lean Daily Scrum Meetings by reading this article.

Some stages in the workflow are more likely to get overloaded. Too many user stories in the Testing and Bug-fixing column are good indicators that the downstream process is suffering from a quality issue. It’s a good idea to set limits on work in progress for these sensitive columns. Once a column exceeds its work in progress limit, the Team needs to stop immediately and investigate the root-cause of the problem and resolve it as soon as possible.

Context switching is a waste on the individual level. If someone has a lot of tasks in progress, then he needs to switch between them frequently. Too many context switches can easily reduce productive time by half or even more. While it’s easy to discover excess work in progress, it’s much harder to uncover context switching. This is where separating tasks from user stories pays off again. On the Scrum Mate task board you can easily check tasks in progress for each Team member by clicking on their profile photo on the top right corner.

If a user story gets stuck in the process because of a problem, it’s important to inform everyone in the Team that there is a serious issue to solve. In Scrum Mate we can create tasks that represent a ”blocker” issue. Solving an issue is a task in Scrum Mate.